Join us for SLBA's holiday party this Saturday!

This coming Saturday, December 12, meet at 10am for a BRIEF business meeting, then on to our annual holiday celebration! Business meeting will be at the usual place, Avalon Courts on Tabula Rasa. Party will be at http://slurl.com/secondlife/Celebration/54/94/22 -- formal invitations soon! Hope to see you at both.

Join us for SLBA's Holiday Party this Saturday!

This coming Saturday, December 12, meet at 10am for a BRIEF business meeting, then on to our annual holiday celebration! Business meeting will be at the usual place, Avalon Courts on Tabula Rasa. Party will be at http://slurl.com/secondlife/Celebration/54/94/22 -- formal invitations soon! Hope to see you at both.

Who's going to next week's miniConference on "Practicing Law in a Virtual World?"

On Saturday, Nov. 14, SLBA and the ABA-Young Lawyers Section are sponsoring "Practicing Law in a Virtual World" at the Fredric G. Levin College of Law, University of Florida Campus in the virtual world of Second Life. Attorneys and others are invited to attend. There will be two sessions and an informal mixer.

IM Michele Jigsaw to RSVP for a a guest pass.

1. Careers Fair, Nov. 14, after SLBA meeting. Morgandy Muircastle has done a lot of work organizing it. All the SLBA members to come participate in the discussion. These are not hour long presentations, but rather hour long discussions roughly focused on a couple different aspects of practice.
2. Permanent home. Benjamin Noble's proposal to transition our temporary location here to a permanent location. He would purchase the land, and pass along the cost for… Continue

The October 10 general meeting transcript has been posted. Click here to read the transcript.

Please join us for the October general meeting Saturday, Oct. 10, from 10-11a.m. PDT/SLT. It will be held at Avalon Town Courts, Tabula Rasa Island (the same location as our recent meetings). SLURL: http://slurl.com/secondlife/Tabula%20rasa/86/151/27

Discussion included possible collaboration with ABA sections; the mini-conference on practice in virtual worlds, coming up in November; topics for upcoming CLE speakers; and more. Read the transcript here.

Meet the 2009-2010 officers. Topics will include the upcoming mini-conference in November and more. See you there!

Congratulations, and welcome to the executive board!

The President Elect/President position, the Vice President for Finance, and… Continue

On August 15, the SLBA General Meeting was primarily taken up by discussing the problems with this year's election results and possible solutions. Click here for the transcript: http://www.slba.info/transcripts/2009_08_15_transcript.html

The outcome of the discussion was the passage of a motion: "It is the membership's position that the board should rehold the election in 2 weeks, unless, in one… Continue

Tomorrow's SLBA meeting has been POSTPONED to next Saturday, Aug. 15.

Due to more technical difficulties, election results have been delayed until our scripter can assist us in retrieving them from the voting device. We apologize for the delays; we're experiencing first-hand some of the issues affecting in-world governance.

Please plan to attend on Aug. 15 for results and other business. Thank you for your patience!

Because technical difficulties prevented us from opening the voting on July 20 as promised, we are extending the voting period through the weekend. Voting will now close at 11:59p.m. SLT/PDT on SUNDAY AUGUST 2 and winners will be announced Aug. 3.

Thank you for your patience and don't forget to vote!
SLURL: http://slurl.com/secondlife/Tabula%20rasa/86/151/27

Voting starts Monday and ends 7/31 at midnight. To vote, use the voting machine at the SLBA's office.
Click here for candidate statements.
There are five candidates for the three executive board positions:
Higgs Wopat; JamieBryceInfinity; Juris Amat; Racheal Chevalier; Vaki Zenovka.
The President Elect/President position, the Vice President for… Continue

Click this link for more info and to register.

I am currently doing an in depth article on Legal Education In SL for Best of SL Magazine. The magazine is highly regarded and has one of the largest subscription bases in SL. The BOSL webpage alone gets 180,000hits a week. I notice that we have a number of law schools resident in sl and all active in some way. I would like to talk to those of you involved in legal education in SL in some way, or those who have thoughts ON the use of a virtual grid such as SL for legal education.

Legal Eagles - where do you start? 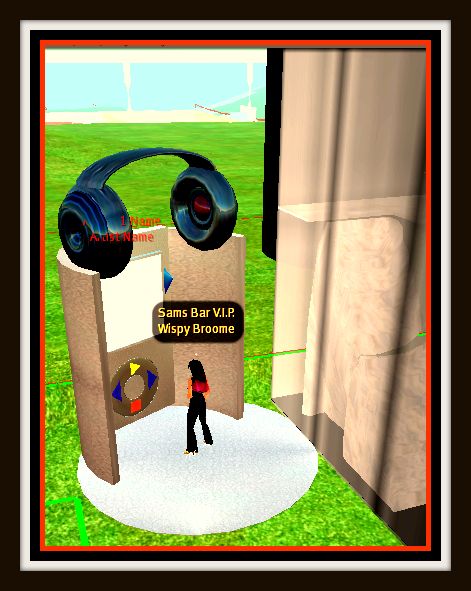 I wanted to sell Tunes downloaded from my site. Now, We are located in Australia and I can tell you that it is a nightmare trying to figure it all out. Licenses, royalties blah blah.. It would be good if you could somehow transfer the rights of music industry people to the art world I would be a very happy woman!